In ages past, our ancestors looked into the night sky, pondered the moon and stars, and wondered: Wouldn't it be great to leave this nurturing atmosphere and die somewhere out there in the void?

Finally, using space-age RPG technology, we can deliver this dream of dying in space to you, the consumer.

DYING IN SPACE is not just one game that guarantees that you're not going to survive in the uncaring spaces between stars... it's TWO games! A 2-in-1 zine! Did you even know those were possible? That's VALUE!

And Then We Died In Space...    You will build a crew and their ship, map a network of friends and strained relationships, then draw cards to trigger disaster after disaster. Hang on for as long as you can! Space is inhospitable! Eventually, your luck is going to run out! Wow!

Get In Loser, We're Dying in Space    A carefully crafted complete waste of time. Explore a magical world of character creation that feels like it's never going to end, roll dice and refer to tables, build networks of relationships, select your playbook and moves... and when you're done, game play consists of a single die roll that kills everyone. Works both as an amusing reading experience AND could actually be used to torment people you know. Up to you!

If the price of this zine is a hardship to you, please DM maenad or signalstation on mastodon or twitter, and we'll get you a download key, no questions asked.

In order to download this zine/game you must purchase it at or above the minimum price of $5 USD. You will get access to the following files:

Support this zine/game at or above a special price point to receive something exclusive.

A greyscale printed copy of this zine, folded into a booklet and hand sewn by maenad. Enjoy holding the physical copy in your hands, and flipping it upside down to read the other game.

Please contact maenad through mastodon (@maenad@cthonic.club) or discord (@maenad#8546) if you purchase this reward, so they can verify your purchase and request your address.

A color printed copy of this game, folded into a booklet and hand sewn by maenad. Enjoy the full color illustrations by @RAPIDPUNCHES@mastodon.art, as well as the tactile reward of holding a physical version, and the ability to flip it upside down to read the other game.

Please contact maenad through mastodon (@maenad@cthonic.club) or discord (@maenad#8546) if you purchase this reward, so they can verify your purchase and request your address.

What is this?? If it's a game, can we see a bit of gameplay some where?

It's a tabletop game/zine - it's been streamed a few times. Perhaps we will stream it again. Since it's a paper and pencil game, there's no gameplay clips :)

It's narrative heavy and similar in mechanics to The Quiet Year crossed with For the Queen.

Something in the shape of an FAQ:

Q: Is this thing a trick? Am I going to pay $5 for a game that's just a big joke where I spend time making a character and then they just die before I do anything?

A: Not really? I mean, that joke is in there. But there's TWO games: One is a joke game that's much more fun to read than experience.

But there's also a REAL game Amalie invented where you use an invented network of relationships to stave off disaster... for awhile. You and your pals invent characters, and a bunch of NPCs you have relationships with, and then you draw cards that represent emergencies. You spend relationships and skills as a resource to address these emergencies, but eventually you're gonna run out, or you'll draw an Joker (instant end of game). It's play-to-lose but a lot of fun can be had on the way there. 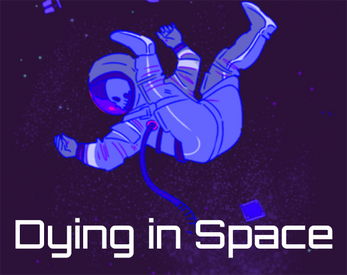